Brush up your chops! Time to settle down and play your piano and string instruments! Better yet, pick up your flute and warm up your voices!

San Diego South Chapter of CAPMT District 1 is welcoming the Fall Season with a blast!

Competitive music students can join our Young Artists Competition and Concerto Competition. SAVE THE DATE: October 27, Saturday, 2pm at Pacific Beach Taylor Branch Library! Wonderful prizes (trophies, ribbons, monies) are at stake! All first place winners will be featured in the Honors Recital and Gala in June 2019! Visit our website for further details.www.sdsouthcapmt.org. Registration: September 1-October 14, 2018.

For non-competitive students, we have the MTNA Studio Festival. This is a FUN recital where you perform music in a very supportive and nurturing atmosphere. Theme: Fall Season, Thanksgiving, Halloween! Dress up for the occasion. Repertoire may or may not be memorized. Comment sheets and medals will be awarded; and of course, we will be handing out treats to all performers! Date: October 28, Sunday, 1 pm at Point Loma/Hervey Library. Start preparing now! Registration: September 1-October 14, 2018.

For our CAPMT state events, our chapter will be holding our Piano and Ensemble Auditions on November 18, 2018, Sunday at 1 pm. Venue: Greene Music Recital Hall. Registration is through the CAPMT website. Visit http://www.capmt.org/student-programs/capmt-student-programs/ to learn more! 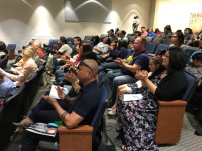 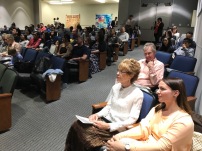 Twenty-eight music students (piano, voice, violin) representing five teachers of SDSC performed with The Royer’s Destroyers Band, a local professional band in San Diego. Repertoire ranged from standard classics, movie and Disney themes, Broadway musicals, jazz, and rags. It was a fun-filled music festival, with students practicing with the band in the morning and then leading and directing the band in their afternoon performance! The ninety-three audience members (family members and the general public) actively participated by filling up personalized compliment cards for their favorite student players. Performers also received participation medals and certificates to commemorate the event. Selected players, Mia and Anya Davis, and Brendon Sheen Ligason were invited to perform at the Honors Recital and Gala scheduled on June 9, 2018.

SDSC would like to acknowledge the following for making this a wonderful event to remember for years to come:

We look forward to this fun-filled and rewarding experience again next spring!

Check out photos of our event: https://www.facebook.com/sdsouthcapmt/

See you on the next competition!

Let us recognize and honor our local composers and arrangers!

Register now for our unique music festival! This February 24, Saturday, we will be featuring students from San Diego who will be performing music arranged or composed by any of our local living composers! Students will get a chance to perform their pieces and get helpful critiques from any one of our invited local composers!

or email registration form to sdsouthcapmt@gmail.com 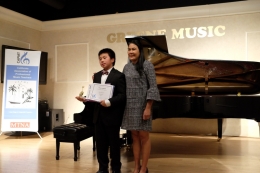 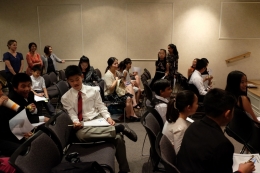 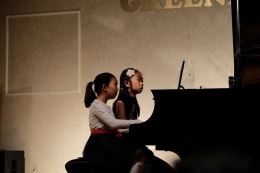 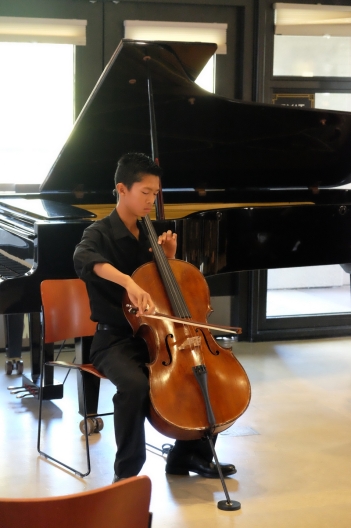 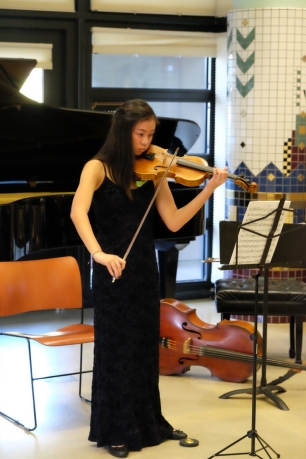 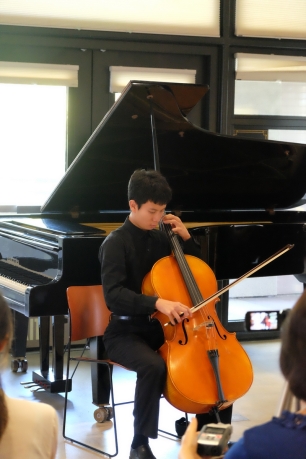 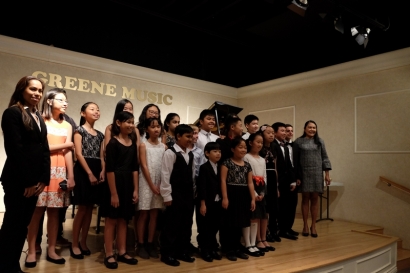 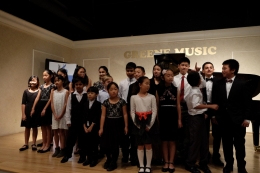 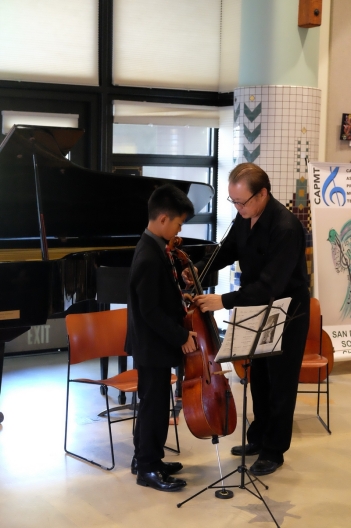 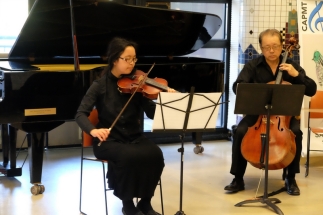 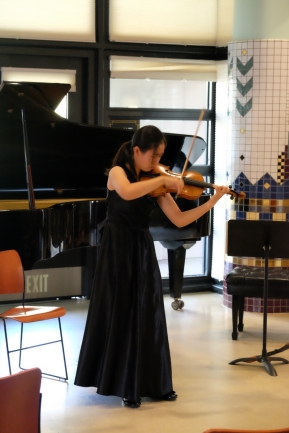 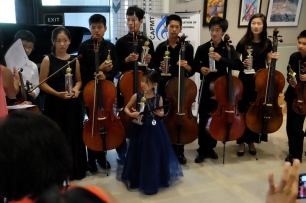 This fall has been an impressive musical season for CAPMT San Diego South Chapter.

October 28, 2017, was a fun-filled day for our Halloween-themed MTNA Studio Festival Program where several teachers joined forces to feature some of their students. Instead of an adjudicator, the audience served as friendly critics by writing their observations and thoughts in complimentary cards!  The captive audience was surely engaged during all performances and students had a blast reading their complimentary cards after the event. Each went home with a goody bag and a commemorative medal to mark the afternoon occasion. Six piano teachers from the chapter had 24 students perform in the packed community room of Carmel Valley Library.

November 18, 2017,  was set aside for Ensemble and Piano Auditions, a CAPMT state event. Four teams participated in the ensemble auditions and twelve soloists did their best to score a “5” in the piano auditions. Greene Music was the perfect venue for the afternoon event. Volunteers Samuel Bautista, Alex Quiman and Koni Ruiz helped during the event. Students received their certificate from CAPMT and a participation trophy from the chapter. Students who got “5” will be invited to perform on February 17, 2018, for the CAPMT Southern Festival to be held at LA Harbor College.

Additionally, top-performing and selected students from all these fall events will be invited to perform in the Honors Recital and Gala on June 9, 2018.

CAPMT San Diego South Chapter is surely committed to pursuing its goal to bring music and excellence in the San Diego community. We look forward to a more musical 2018!

Join this year’s YAC sponsored by San Diego South Chapter of CAPMT! This competition is designed for highly-motivated intermediate to advanced music students. Visit us online to register and learn more about this exciting event this fall! 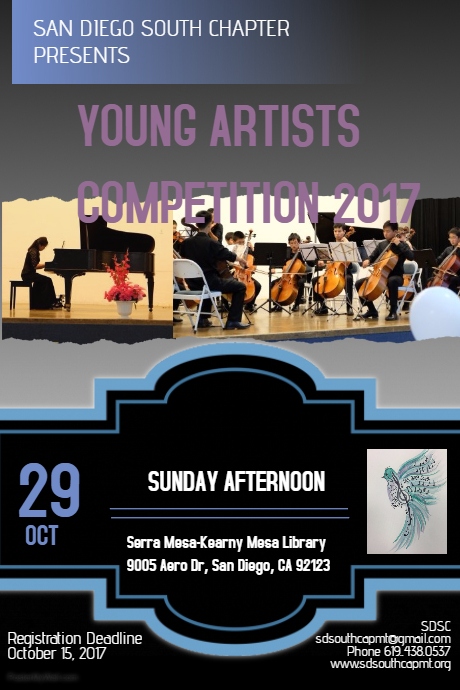 Would you or your child like to perform in a fun and rewarding recital? SDSC is proud to present our MTNA Studio Festival! This program is open to all instrumentalists of all ages and abilities. Theme: Fall Harvest, Halloween, and Thanksgiving

Our newest event for 2017! San Diego South Chapter is inviting competitive music students to participate in our first Concerto Competition. Vie for a chance to be featured at the 2018 Honors Recital and Gala and win a cash prize! 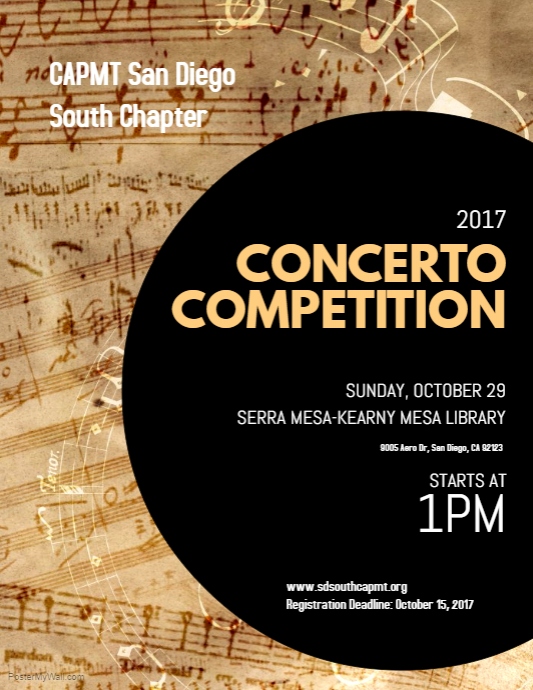 It is a brand new school year for San Diego, and San Diego South Chapter of CAPMT District 1 welcomes you with more music programs, activities, and events planned for 2017-2018.

We look forward to working with our fellow teachers, students, parents, volunteers, and community partners to ensure a greater year for San Diego South Chapter and District 1.

By October, our music programs will roll, with the first 2 events slated for fall. Our ever popular and fun MTNA Studio Festival will surely get our young music students engaged to learn repertoire for our Fall and Halloween Theme. The Young Artists Showcase and Competition hopes to inspire our more competitive music students to learn more challenging repertoire.

November is the time for the state-sponsored Piano Auditions, Ensemble Auditions, and Vocal Ensemble Auditions. Here, participating students who garner a rating of “5” will be invited to perform in the CAPMT Southern California Festival slated early next year.

So, let us keep the ball rolling! We have plenty of reasons to celebrate. We are increasing our membership, we are strengthening our music programs, we are gaining more visibility in the community and beyond, considering this is our second year as a recognized chapter. Each and every one of us is looking forward to the new academic year with enthusiasm and optimism. We anticipate steady progress toward more inspired and quality music education. Best wishes to all students, parents, and teachers for a more productive school year filled with many excellent opportunities. Working together, we will continue to inspire success, achievement, and a lifetime of musical learning in San Diego and beyond!. Afterall, music knows no boundaries!

June 3, 2017,  shone the spotlight on the musical talents of deserving students who performed in this year’s Honors Recital and Gala. The primary mission of this culminating event of the chapter is to present chosen students who received top awards and ratings in the various festivals and competitions conducted by the chapter during the school year, as well as representative students from member studios. Additionally, all members of the chapter are recognized, including all event and program chairs, as well as our CAPMT District 1 SDSC Outstanding Member of the Year awardee.

Solo, ensemble, and orchestral works were performed by an array of talented music students, featuring piano, violin, guitar, cello, viola, including voice. The 5400 sq.ft. Recital Hall at Balboa Park with its sprawling stage served as the venue for this year’s memorable event.

Around 200 guests showed up to watch and listen to the performances, mix, mingle and enjoy a buffet of hors d’oeuvres prepared by teachers and volunteers of the chapter. The evening paid tribute to this year’s Outstanding Member of the Year, Mr. Lu-Yan Guo. Indeed, this year’s Honors Recital and Gala is something to be remembered for a long time! 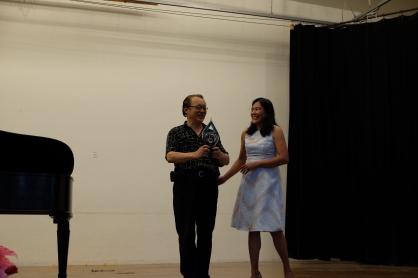 ALL teacher members: Save the date! October 9 and 10, 2020. Register now for the 2020 CAPMT Conference. FREE registration for active members.

What does music mean to you? Read the essays of our 2 HS Senior Scholarship Awardees here.

Become Friends of SDSC!
Donate to the Scholarship Fund.